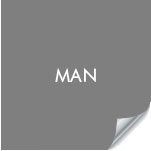 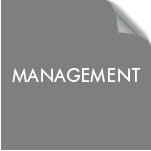 Colorful at the sky for the first time

The Aerolite 120 started yesterday for its maiden flight. It was an exciting and at the same times a very emotional event for us. Tim, our test pilot, summarizes his impressions of this first flight:

„Right from the first moment of movement the pilot gets the feeling of a very well controllable aircraft. This impression is not disturbed by the following flight and landing experience. On ground the plane is following the pedal inputs in a direct but not too sensitive manner. Thrust and brake have good modulation. Precisely the take-off run can be controlled. The nose wheel is unloaded by pulling the control horn until the wheel lifts off. Seconds later the whole aircraft is beginning its flight.

The little two stroke engine is assiduously pushing the plane into the sky. Turns are done easily with a need of little opposite aileron supporting bank angles above 30 degrees. The controls are adjusted nicely even with relatively high forces on the aileron.

The control horn, not being usual for this kind of aircraft is forgotten by the pilot after the second turn and is therefore not disturbing at all. Coordinated turns ask for the use of both, aileron and rudder like it is known for aircraft of this category. Helpful in here is the turn coordinator on the instrument panel. The response to the controls is good and enables a precise movement of the aircraft.

All in all the pilot gets used to the aircraft quite quickly what is provoking him to fly with 75km/h, the head in the wind, close to the ground following the contours of the landscape – low and slow! …unfortunately in Germany that is not understood to be good airmanship.

Approach and landing are easy even if it is the first time on the Aerolite120. Flaring can be controlled precisely with the elevator. With engine idling the approach is getting quite steep and the landing short. Flying on an idle glide the controls is keeping their good response – no loss of maneuverability was observed.

It has to be considered that these impressions are gained on a short flight with no winds or thermals. Accurate performance data and characteristics will be determined during the flight test program.

I am looking forward the fly the Aerolite120 again.“